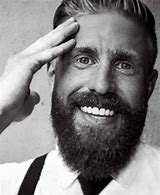 David is a trailblazing orator, author and lawyer in the growing movement to end mass incarceration and redress racial inequity in the criminal justice system. In his autobiography The American Dream/HiSstory in the Making, David shares the harsh realities of growing up as an impoverished immigrant on the streets of Miami-Dade County. He was arrested 13 times and spent over 7 months incarcerated as a juvenile. He dropped out of high school and joined a gang for protection. His street name was “Red.” David endured the brutal climate of the lawlessness on the streets by both criminals and the police. All the while he dreamed of becoming a lawyer and fighting for those who don’t have the resources to pay for justice.

David began his path to self-rehabilitation when he earned his GED in March of 1998 and took his first academic steps towards his childhood dream of becoming a lawyer. He graduated Summa Cum Laude from American Intercontinental University in Fort Lauderdale, Florida in 2005 and earned his Juris Doctorate degree from John Marshall Law School in Atlanta, Georgia in 2012. He was admitted to the Georgia Bar in 2012 and the Florida Bar in 2014. David is a member of the Georgia and Florida Court of Appeals, the Georgia and Florida Supreme Court, the Northern District of Georgia United States District Court and the American Bar Association. David specializes in criminal defense juvenile law, and expungement procedures.

In addition to practicing criminal defense law, David began a Georgia public charity non-profit entitled RED (Rehabilitation Enables Dreams).He has created a 12-month education program for pre and post adjudication for first-time, nonviolent, youthful offenders as an alternative to probation and incarceration. A pilot of this program is currently being implemented in DeKalb County, and the Assistant D.A. of DeKalb County sits on his board. When clients complete his program, their record will be expunged.

David is a sought-after speaker because he openly shares his journey from being a defendant to a defense attorney, and provides a realistic glimpse into the inner workings of one of Miami’s most notorious drug rings, and a chilling portrait of the streets that America’s poverty-stricken youth call home. His ‘Personal Story’ was highlighted in the Atlanta Journal Constitution.

He is a Legal Analyst on HLN/CNN; a frequent keynote speaker (such as at the GA Bar Association meeting on October 12 with 20 states in attendance); and the recipient of many awards, including: